A downloadable game for Windows, macOS, and Linux

NENA is a short, top down action-puzzler following Botley on his very first journey!

Possession System: You control Botley, and by extent control the world around him. Botley can't jump, shoot, or explode. but the objects he controls can.

Fight bosses: With each of the three levels come a unique boss! Can you master telepathy and take them down?

Embrace the UNKNOWN: Venture forth on a quest to gain freedom for all Robot-kind!

IN DEVELOPMENT: This game is not yet finished. These builds are demo only and you may experience bugs. Play-testers are welcome, and if you do test the game please provide your feedback here.

Thanks to your game I learned that I can't press LMB after RMB on my laptop's touchpad. Never had a need for this before. So couldn't even start the game. Maybe you should reconsider controls.

Hey there! Hope I didn't scare you away with that. I've updated the controls so the RMB is no longer required. You should be able to give it a go now :)

Thank you very much! I will try it again later today.

Nice idea, nicely done! But puzzles get a bit repetitive... And hard! Instead of 3 lives, maybe a health bar would be better.

Puzzles that require quick acting are not that fun. I'd rather spend time finding a clever solution than trying to execute it perfectly.

To decrease boredom the game needs more adventure elements, like the clever dialog with the bot, etc. Some back story. Changes in level design, so they don't all look the same.

Looking at screenshots, I might have just quit too soon, seems like it will be less boring later.

Will try to play again.

This is some really great feedback thank you.

I agree entirely that puzzles shouldn't be about execution, knowing how to solve it should be enough. I know exactly what room you're talking about and I'll work at making the execution a bit smoother.

Great puzzler with a good idea! Design is cute, but I found the dialouge with green computer in a room with learning how to dash  a bit disturbing. Still enjoyed the game. 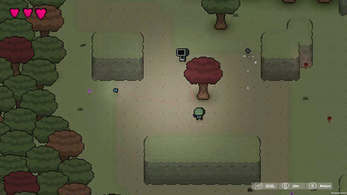 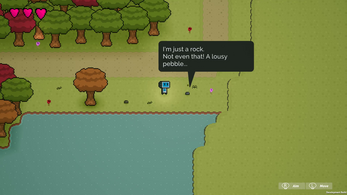 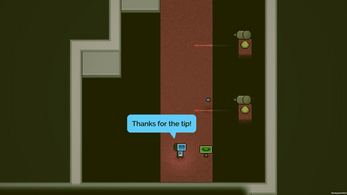 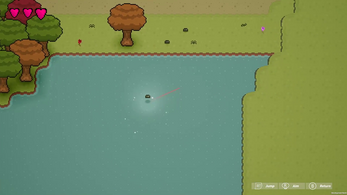